We are having an issue deploying a webapp with a related webjob to azure.

Outline
1. Our setup is as follows; 1 webapp with 1 webjob referenced by webjobs-list.json in TFS.

2. Our VSTS build definition restores nuget  and builds the projects on the solution level. It has the following msbuild arguments.

Problem
When we browse our webApp, we get the following error.


If we check the build logs, we see that the webjob deployed some dlls to the bin folder overriding the previous deployment dlls, which causes this error. If we switch the deploy step order around (webjob first, webapp second) this problem disappears.

You can see the files that were overriden in the build log below, specifically the razor dll, which causes the above error. 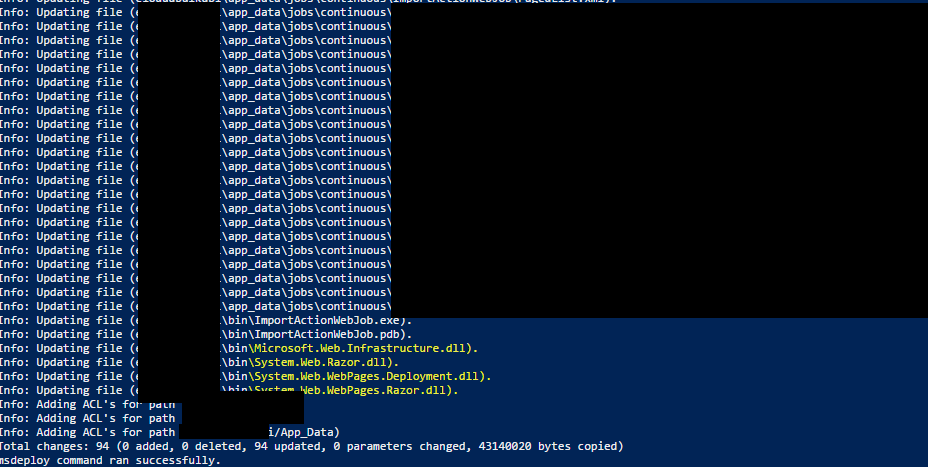 Question
1. Is there a way to deploy a webapp and a webjob in one deployment step (there is a way using powershell to copy the app_data folder, its here https://maxwellweru.com/asp-net-5-webapp-with-webjob-and-vs/, im looking for an alternative)?

2. Is there way to be able to deploy webapp and webjob separately but not run into this deployment order issue (ie only app_data folder from webjob should be packaged in the build step)?

Thank you for your understanding.