I'm trying to upgrade our reporting services so that our live server is on SQL Server Reporting Services 2016. We were on 2008 R2 so we built a new server and installed 2016 then restored backup from 2008r2 version and that seemed to work fine.

However, we are now having several issues which I've listed below. If anyone could give me any advice on any of these it'd be much appreciated:

The main error I can see is:

library!WindowsService_1!8a0!02/10/2017-00:48:00:: e ERROR: Throwing Microsoft.ReportingServices.Diagnostics.Utilities.ReportServerStorageException: , An error occurred within the report server database.  This may be due to a connection failure, timeout or low disk condition within the database.;

which obviously is due to the disk being full. Initially the drive was 40Gb which filled up immediately so then we added another 10Gb and that filled up almost immediately as well. Networks have just added another 10Gb to the drive and it doesn't seem to be filling up this time so perhaps 40Gb wasn't enough. However, from the documentation I've read relating to sizing the OS drive 40Gb seemed adequate.

The reports are now running but values seem to be missing. When I run the report on the 2016 server I get

Why are values showing in the top table but not the bottom?! Could it have anything to do with the branding I've been trying to do? 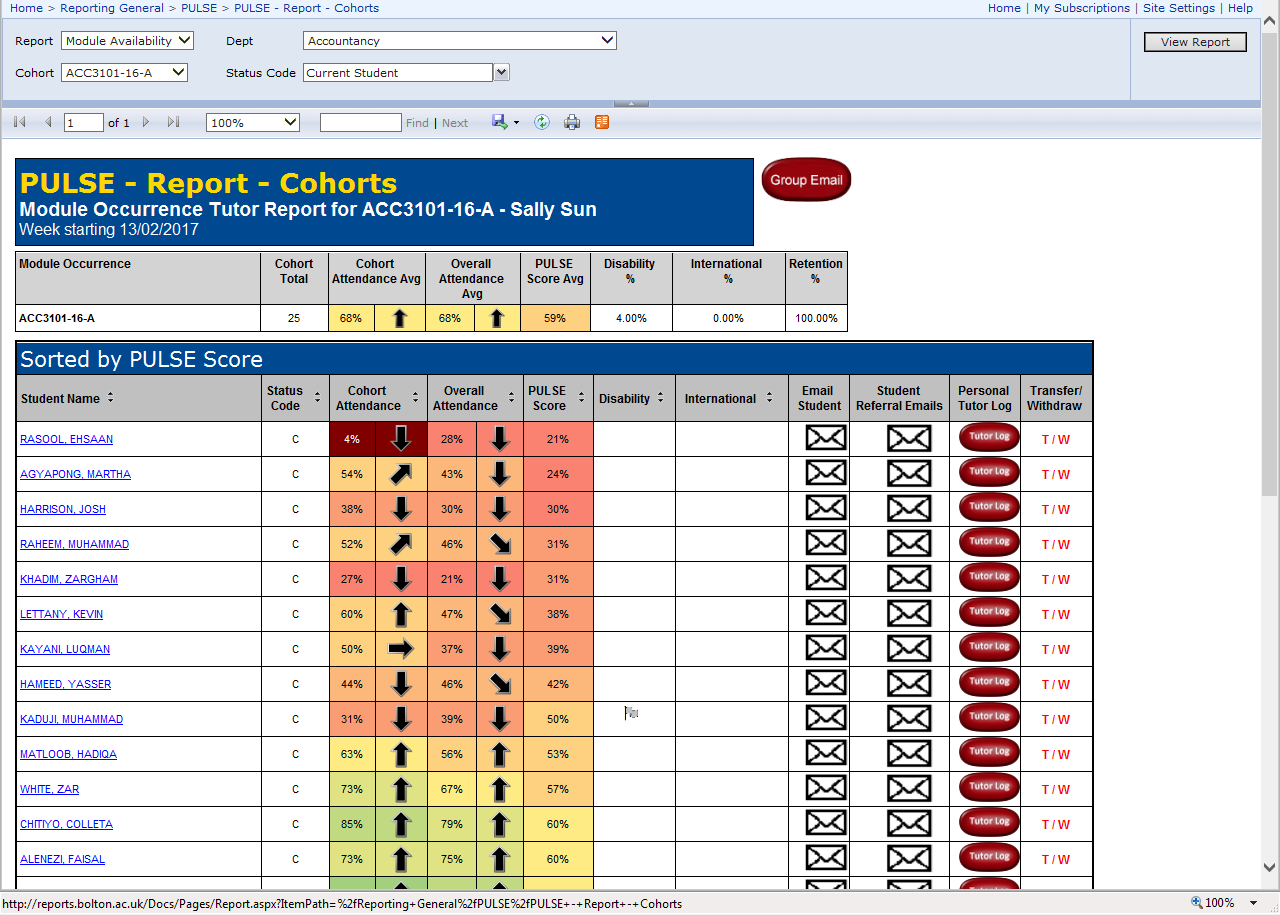 I still can't get the logo to show. I was using the exact same article as you pointed me to in your link although after struggling with which bit of code related to which section on the screen I found the following quite useful https://www.mssqltips.com/sqlservertip/4567/sql-server-2016-reporting-services-custom-branding-example/

I'm going to give it a whirl now with the branding again but at least we've had major improvement on the first 2 issues in my list.

When I came in this morning the C drive was full again. From the drive being 40GB initially we have now twice added 10Gb and twice it has filled that 10Gb within 24 hrs. Any idea why this could be?

That error is unfortunately a generic one, and isn't as actionable as we would like.

One thing to try:

Connect to the catalog database with SSMS, and execute the following query:

That will look at all the subscriptions that have run in the last day. My guess/hope is that you have a report that is running often and it is repeatedly hitting the same error, so look at laststatus and path and see if you see a consistent failure for one report. If you find it, go to that report and try executing it.

The issue seems to have resolved itself. I deleted a lot of the text files which only had that same low disk condition error message in and it released about 26GB. I also updated server to service pack 1 and set up since then it seems to have sorted itself out as the amount of memory remaining has been stable for the last 2 days at 25GB. Obviously this is good but still unclear why so many log files were being spat out initially but perhaps now I'll never get to find out.

In relation to the text files that are in C:\Program Files\Microsoft SQL Server\MSRS13.MSSQLSERVER\Reporting Services\LogFiles, am I right in thinking that the log files will be cleared in line with what is set in the ReportingServicesService.exe.config file? The LogFiles folder doesn't have to be included in a maintenance plan cleanup task?

I've also cracked the issue with the logo. I'd basically misspelt a word in the name section of the colors JSON file. Once I corrected it then I managed to get the University of Bolton brand up and running.

Happy that you seem to have things working.

The logs files should be deleted automatically when they exceed the threshold set in the config file.

If your issue is solved please mark the appropriate answer as Mark as answer. This will help other members to find a solution if they face the same issue.

Thanks for your understanding and support.

If you still have any questions, please feel free to ask.